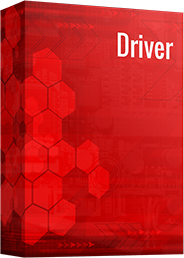 While the largest part of the CANopen protocol stack is written in 100% portable ANSI-C, there is still the driver package, which is partly tailored to be used with specific compilers and tool chains. This is caused by different methods of acessing the hardware or defining interrupt service routines.

The tables below, listing our supported hardware, will refer to these partners.

The CANopen Driver Packages provide all necessary functions for

by means of a well defined interface. A CANopen Driver Package is comprised from a CPU- (DP/CPU), a CAN- (DP/CAN)and where applicable a driver for an operating system (DP/OS). These drivers can be used in any combination.

The following table shows hardware combinations of CPU and CAN drivers that are often used by our customers. 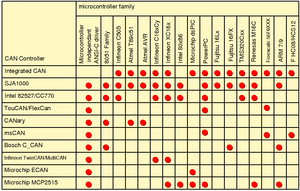 All drivers are available as documented ANSI-C source code. This allows easy and quick adoption to system specific hardware and trouble-free compilation with all ANSI-C compliant ANSI-C compilers. 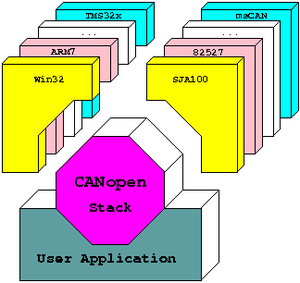 The driver provides access to the CAN controller by several means:

The used access method for accessing the CAN controller register depends heavily on the used hardware and can be adopted by means of access macros.

The driver for the FullCAN controller types provide the usage of

The last two modes provide the possibility to use devices with FullCAN controller, that support more CAN objects as are provided from the hardware of the CAN controller. Many drivers do contain code for

Please note that there are possible hardware constraints especially with older CAN controller. Configuration of the driver is done with the CANopen Design Tool, which is enclosed to the CANopen Library as light version.

All drivers normally transmit and receive interrupt driven and therefore require the integration into the interrupt system of the device. It also can be used in polling mode for special-purpose applications.

The CANopen Driver Packages are available as:

We recommend the purchase order of pre-configured driver packages that in addition to the CPU and CAN driver contain ready to use examples. These have been prepared with project files for the compilers and configurations we use.

For application of the CANopen Library with operating systems like Windows™ or LINUX™ port provides drivers for active and passive PC cards, parallel dongles, PCMCIA cards, USB interface and external Ethernet to CAN converter (EtherCAN).